Fallston, MD (August 3, 2022) – Last week amid an extreme heat wave, animal control officers with the Harford County Sheriff’s Office brought a young, emaciated stray German shepherd puppy to the Humane Society of Harford County (HSHC). “Rett” was arching his back and couldn’t keep any of his food down. Concerned that the dog had a possible bowel obstruction, x-rays taken at local vet hospital, Pleasantville Animal Hospital, revealed a rare birth defect.

Getting a Diagnosis
At Pleasantville, Dr. Michael Gounaris ordered a barium study. Barium is a contrast material which is opaque. On an x-ray film it appears as bright white against a black backdrop – making it much easier to see the gastro-intestinal tract within the abdomen. Over a few hours, the barium moves through the stomach and all of the intestines and is passed out.

Dr. Gounaris saw that shortly after swallowing the barium, it had stopped and collected in a balloon-like shape in Rett’s esophagus, a condition called Megaesophagus. While this alone is not uncommon, the cause of Rett’s Megaesophagus is very rare. He suffers from persistent right aortic arch (PRAA), a birth defect where a branch off the aorta that would normally dissolve at birth stays wrapped around the esophagus. PRAA occurs primarily in German Shepherds and in approximately 0.01 to 0.1 percent of the general population.

This condition requires a surgical specialist, and surgery should ideally be performed as soon as possible and the younger the dog is, the better. Because Rett came to HSHC as a stray, it was impossible to know Rett’s exact age, but since he’s had this issue since he was born, it’s amazing he has survived this long from the sheer lack of nutrition.

The next hurdle was finding someone who could do the surgery quickly and who understood the budget constraints of a non-profit organization. HSHC learned that most veterinarians in the Baltimore area had never seen this condition, much less performed the surgery. Furthermore, the local cardiac specialists could not see Rett right away and estimates were close to $8,000.

HSHC’s executive director, Bob Citrullo, decided to reach out to an experienced surgeon he knew who was located in Georgia. Dr. Stephen Arbitter has only seen two of these cases in his career, but both operations he performed were successful – and at a fraction of the cost HSHC had been given.

“I sort of held my breath and asked Steve if he could perform Rett’s life-saving procedure,” Citrullo said. “Much to my surprise he said yes, but now we needed to find a way to get the dog to Georgia. It was already late in the day on Friday, but our alternative placement manager, Diana Frederick, stepped in and in just a few hours, located someone who could transport Rett all the way to Georgia.

Rett arrived in Georgia on Monday, August 1st and was taken into surgery yesterday. After three hours to repair Rett’s persistent right aortic arch, Dr. Arbitter reported that Rett made it through surgery. This morning, we understand that Rett ate a small meal last night and is eating 2 cans of prescription critical care food three times a day and has kept everything down. His esophagus is functioning and allowing food to pass into his stomach. Without this surgery, Rhett’s life surely would have been cut short.

What’s Next for Rett
Rett’s main goal now is to start to gain weight. He weighed 26.6 lbs when he arrived at HSHC last week – and the team at HSHC thought he was only 3-4 months old. Turns out, he’s at least 6-8 months old because he has his adult teeth. A male shepherd at that age should weigh at least 50 lbs.

When the time is right, he will transition to more solid food and eventually try hard kibble. His incision will be monitored for infection and in 12-14 days, the sutures will come out! Rett will eventually return to Maryland to find a loving, life-long home.

About the Humane Society of Harford County
The Humane Society of Harford County, Inc., is a non-profit, 501(c)(3) charitable organization dedicated to the welfare and well-being of the approximately 3,000 animals that come to us each year. We promote the kind treatment of homeless, stray and abandoned animals by providing shelter, care, adoptions, and community education. We are not a county agency nor are we affiliated with any national or regional organization. Tax-deductible donations, bequests, and proceeds from events are crucial to our life-saving efforts on behalf of the animals of our community. 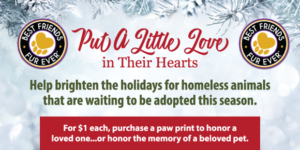 Paws at Best Friends Fur Ever 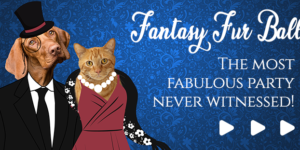 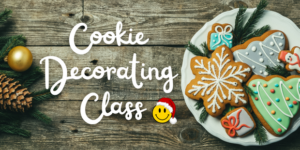