Fallston, MD (February 15, 2018) – Today the Humane Society of Harford County (HSHC) released its 2017 statistics, and the highlight of the year was its 91.55% live release rate – the highest ever in the organization’s 71-year history – and 1% higher than 2016. The shelter’s live release rate represents the percentage of animals leaving the shelter alive, whether through adoption, reuniting with an owner, transferring to a rescue or other means. It reflects how well the shelter is performing to ensure that the community’s neediest animals are receiving the loving care and second chances they deserve.

In 2017, HSHC took in 3,327 cats, dogs, rabbits and other small animals, farm animals, birds and reptiles, and wildlife, or about 9.1 animals every day. After feeding and vaccinating the animals, and in some cases medicating, microchipping and spaying or neutering, 1,946 animals were adopted, 355 lost pets were returned to their owners and 677 were transferred to rescue groups.

“Our team is extraordinarily proud to share our live release rate with the community,” said Jen Swanson, HSHC’s executive director. “There are so many factors that influence this statistic – from local businesses, to government officials, to our relationships with other animal welfare organizations, just to name a few – who believe in our mission and help to make an impactful difference in the lives of every animal that comes through our doors.”

HSHC’s annual intake has been on the decline over the last several years due, in part, to a number of shelter intervention programs to keep animals from entering the shelter to begin with.

“With limited resources and an average of 9 animals arriving at the shelter every day, our team consistently rises to the challenge,” added Cat Kelly, HSHC’s director of shelter operations. “We have 237 volunteers who together gave 8,962 hours of service to the animals. In addition, dozens of foster parents (including many members of our staff) took 362 vulnerable animals into their homes until they were old enough or healthy enough for adoption.”

“We’ve also implemented a number of creative approaches including waived-fee adoption promotions, modifying policies that are a barrier to adoption, and staff education and training,” Kelly added.

Harford County residents can be part of the solution by spaying and neutering their pets, microchipping their pets, adopting from a shelter or rescue, becoming a foster parent or shelter volunteer, and donating funds or pet supplies. 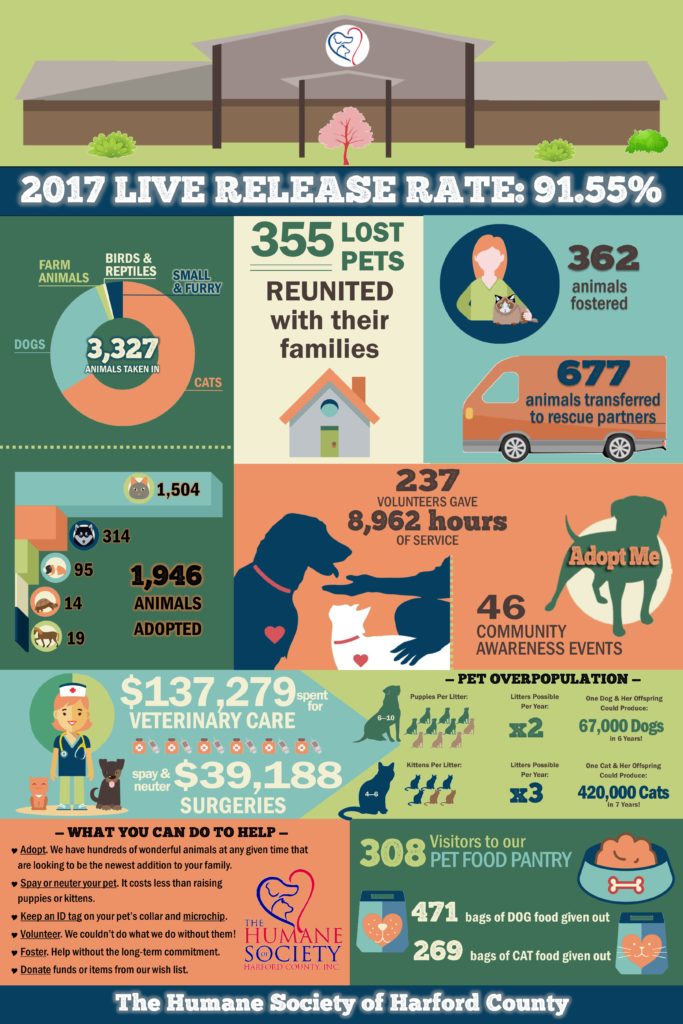 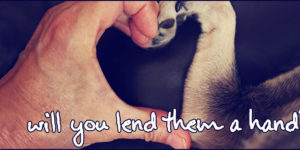 Lend Them a Hand 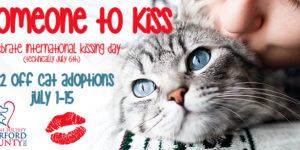 Have Someone to Kiss 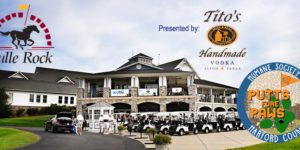