It’s an all too familiar sight at the animal shelter: a pet is brought to the shelter and checked for a microchip, but sadly, the scan turns up empty and the stray, bewildered animal joins dozens of others who are lost without a way to get back home.

“About 60% of the 3,500 animals that come to us every year are stray pets, and less than 5% come in with a microchip to help us reunite the pet with its family,” said Jen Swanson, executive director at HSHC. “Getting a microchip is such an easy thing to do and can be the difference between getting your pet back immediately, waiting days or weeks to be reunited, or in some cases, never seeing that pet again.”

Oftentimes, pet owners are reluctant to microchip their indoor-only pets, or feel it’s not necessary because their pet wears a collar with an identification tag. “We’ve seen instances where pets were involved in a house fire, a car accident or were victims of a break-in and out of fear and confusion, escaped and ran away,” Swanson continues. “A collar with an identification tag is great, but if the collar falls off or is removed, then the presence of a microchip might be the only way the pet’s owner can be found.”

Microchips that are registered correctly can have a significant impact on not just the animal and its family, but also the shelter and surrounding community. “Pets that have registered microchips are reunited with their families right away, which is better for the pets, saves shelter resources, and reduces overcrowding,” said HSHC’s shelter operations director, Cat Kelly. “While the national average for dogs being returned to their owners is 30%, HSHC’s rate is 50%; however, the rate at which cats are reunited with their owners is 3–5% nationally, but just 2% in Harford County.”

A microchip is a small, electronic chip enclosed in a glass cylinder that is about the same size as a grain of rice. The microchip is activated by a scanner that is passed over the area, and the radio waves put out by the scanner activate the chip. The chip transmits the identification number to the scanner, which displays the number on the screen. Microchips do not use GPS technology.

When an animal is found and taken to a shelter or veterinary clinic, one of the first things they do is scan the animal for a microchip. Harford County Animal Control officers are equipped with scanners in their vans. If they find a microchip, and if the microchip registry has accurate information, they can quickly find the animal’s owner.

Cats and dogs adopted from HSHC are microchipped and registered for free with 24PetWatch and FoundAnimals.org for the new pet owner.

If your pet is already microchipped, there are just three things to remember: (1) ask your veterinarian to scan your pet’s microchip at least once per year to make sure the microchip is still functioning and can be detected; (2) make sure the microchip is registered; and (3) if you’ve moved, or if any of your information (especially your phone number) has changed, make sure you take a few minutes to update your microchip registration in the manufacturer’s database. It is recommended to appoint your veterinarian as a secondary contact number, since their phone number is less likely to change. Then rest easy that you’ve improved your chances of getting your pet back if it’s lost or stolen. 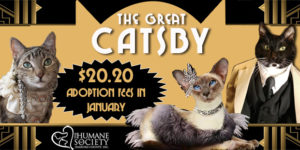 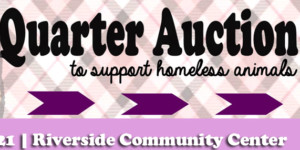